Why no trams in Military Road? 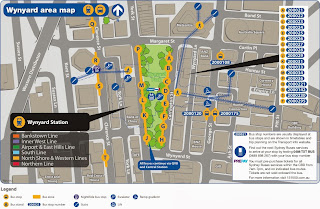 The Deputy Director General TfNSW, Chris Lock, told the Randwick Business Breakfast in April that "we have run out of real estate" to justify the pedestrianisation of George Street. This is clearly untrue at Circular Quay, but it is obviously the case at the Wynyard bus terminuses. The picture below was not taken at a peak hour but the stops and lay-over lane in Carrington Street are fully occupied.

With the pedestrianisation of George Street, life gets even tougher for buses exiting to the Harbour Bridge via Margaret Street, as there will be a right-hand turn into George Street for general traffic and Hunter Street becomes two-way.

There is of course a tram terminus at Wynyard for trams from the Harbour Bridge. It is currently used for parking. Infrastructure NSW wanted to use the tunnels for a bus tunnel to Park Street. Nobody from the Northern Beaches wants to use the terminus for trams.

The O'Farrell government commissioned a pre-feasability study in June 2011 into a BRT from Mona Vale to the city and a second from Dee Why to Chatswood. The study was completed in March 2012 and published in June 2012. It can still be viewed on the Transport for NSW web site. The study considered terminating the services from Mona Vale at Wynyard or North Sydney and, bizarrely, in the western distributor between Martin Place and Druitt Street. All the options required extensive property requisition or tunnels and the government did not proceed with the proposals. Yet the brochure published on 12 Dec 2013 includes the BRT on its vague wish list.

The difference is that, this time, the terminus is obscured by a huge yellow blob that covers the Sydney CBD and North Sydney CBD, that TfNSW refers to as "Global Sydney". TfNSW is asking once again for carte blanch to do whatever it likes.

Ominously, the government is promising an average five minutes wait for the bus, all day every weekday on all "rapid routes" - the AM and PM peaks will last from 6 am to 7 pm. TfNSW insists that the O'Farrell Pseudo BRTs will be 5 new "end to end" services and 6 new "centre to centre" services - the distinction is unclear.

But where will it all end?

The terminus mooted for North Sydney is a new BRT station called "Victoria Cross". The buses appear to travel down Miller Street from Falcon Street to a dot on top of North Sydney Station. This part of North Sydney is fully developed and the government lacks the exceptional valour that would be required to terminate buses here. The government line is that a bus terminus would have to be associated with a rail tunnel under Sydney Harbour that has not been designed, let alone subjected to a "pre-feasibility" study. And where in North Sydney is there space for a bus/train interchange?

As Sherlock Holmes observed, when you have eliminated all the alternatives the remaining option, however improbable, must be the answer. Wynyard Park must be the projected terminus of the Mona Vale BRT - and the Epping Road BRT. 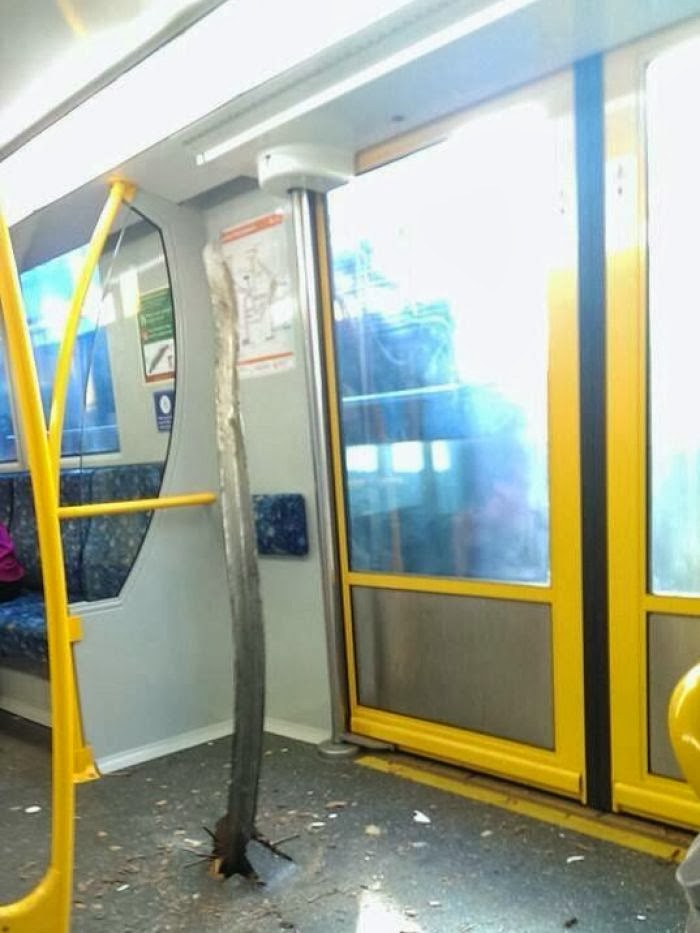 O'Farrell has fanciful notions of terminating the Parramatta-Ryde BRT somewhere in the Eastern Suburbs - presumably Edgecliff Station - but this would require extraordinary complaisance from residents in these suburbs. The chances of their acquiescence decreased markably a couple of days ago when there was yet another derailment on the suburban rail system. So buses from the Parramatta/CBD BRT will be terminating at Wynyard Park as well. All bus services to the city from north of the Parramatta River will be terminating at Wynyard Park or Druitt Street.

At the Randwick business breakfast in April, Chris Lock bemoaned the queues of buses in York Street that, he said, stretched to the other side of the Harbour Bridge. With the BRTs the queues will stretch to Falcon Street, from 6 am to 7 pm!

Currently some bus services travelling the route from the city through Mona Vale terminate at the Lee Street lay-over (Railway Square), taking pressure off Wynyard Park. This route up George Street from Railway Square is one of the routes that will be obliterated by the pedestrianisation of George Street.

The only alternative route to George Street proffered by TfNSW is Elizabeth Street northbound, inexorably passing through the mother of all "pinch points" (their words) between the Old Supreme Court Building and the St James building. The only response of TfNSW to the congestion it is creating at Wynyard Park is to create intractable congestion in Elizabeth Street northbound, inflicting unimaginable collateral damage on the public transport of the Eastern Suburbs.

O'Farrell's contempt for the intelligence of people south of the Harbour knows no bounds.
Posted by Unknown at 16:02