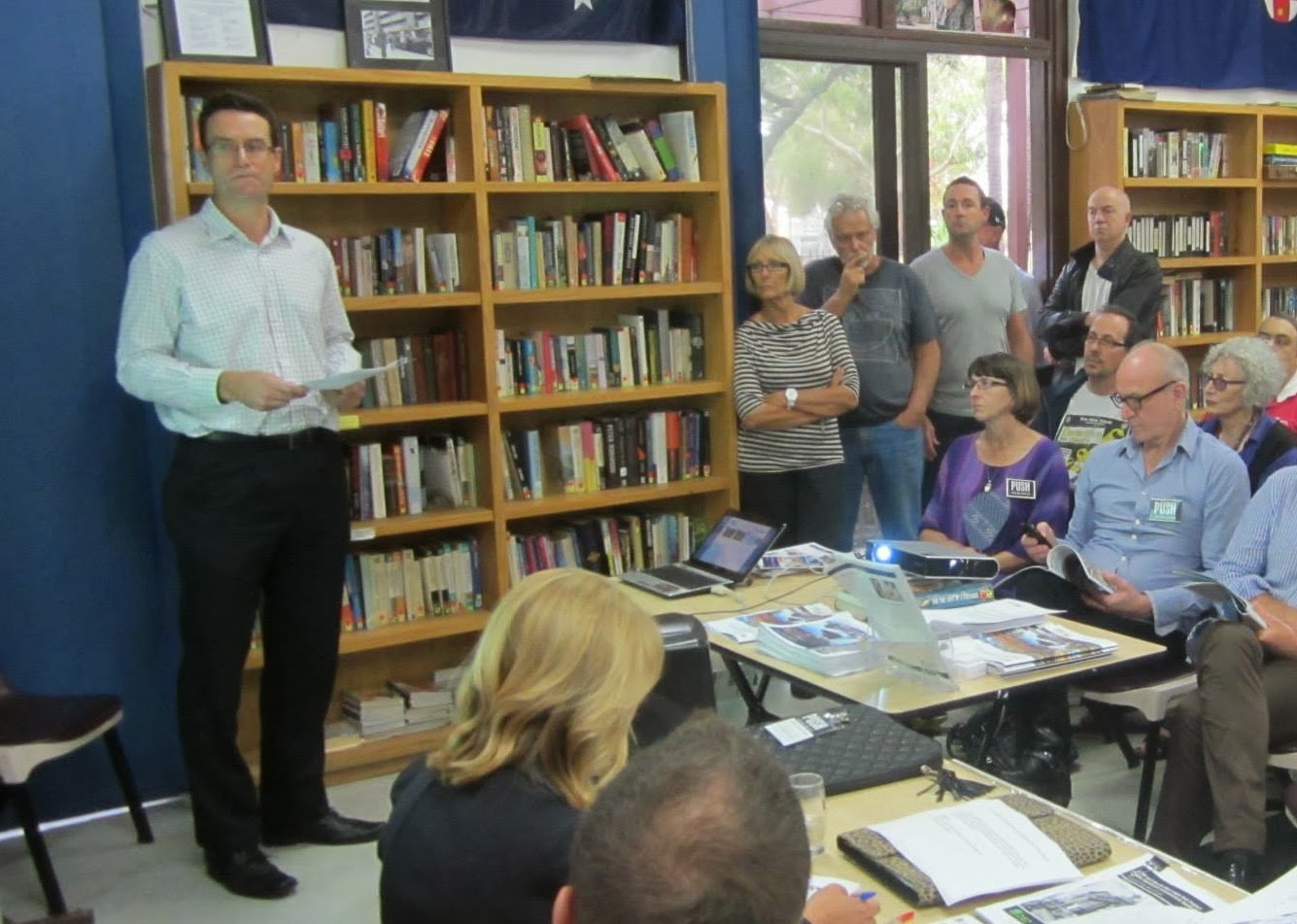 At a community meeting in Surry Hills after the EIS had been released, residents were lectured at length by officers from TfNSW on how their objections should be framed. They should be short and not deal with matters like the proposed Parramatta Light Rail! The officer pictured suggested: "For example, you may wish to object to the right-hand turn from Devonshire Street into Crown Street."

Why would anybody object to this right-hand turn - the only one apart from Devonshire into Elizabeth Street? Since this intersection had been cropped from the figures shown in the EIS, there was no information on which one could base a comment. Now Sydney City Council has inadvertently released alignment diagrams that explain this little mystery.

There is only one lane of traffic in Devonshire Street all the way to the intersection with Crown Street. One vehicle waiting to turn right will block all traffic movements in parallel to tram movements which we are told will be occurring on average every sixty to ninety seconds. There will be vehicles wanting to turn right during most phases when the trams are running - 5am to 1am, supposedly. The only traffic movements in parallel to the trams will be to fill the lane to the intersection. It will take only eight or nine vehicles to block the only exit to the south from the public-housing ghetto - to exit, traffic from Marlborough Street must turn left into Crown or Bourke Streets. This happens often during the weekday evenings, without any trams.
Not that O'Farrell gives a shit. The alignment diagrams confirm that half the area of Ward Park will be used as a construction site, but holds out the tantalising prospect that this area could be reduced, by a sliver, by blocking off Marlborough Street. This would mean, of course, that there was literally no exit to the north from the Surry Hills ghetto.

The green patch encompasses the church hall of the Roman Catholic St. Peters Church. This building, built in 1880 had its slate roof repaired after the super cell. The tag says Property Adjustment TBA - that is presumably, To Be Announced. Not to be discussed or negotiated with the Church authorities, who first learned they would not be able to conduct funerals when the EIS was released. 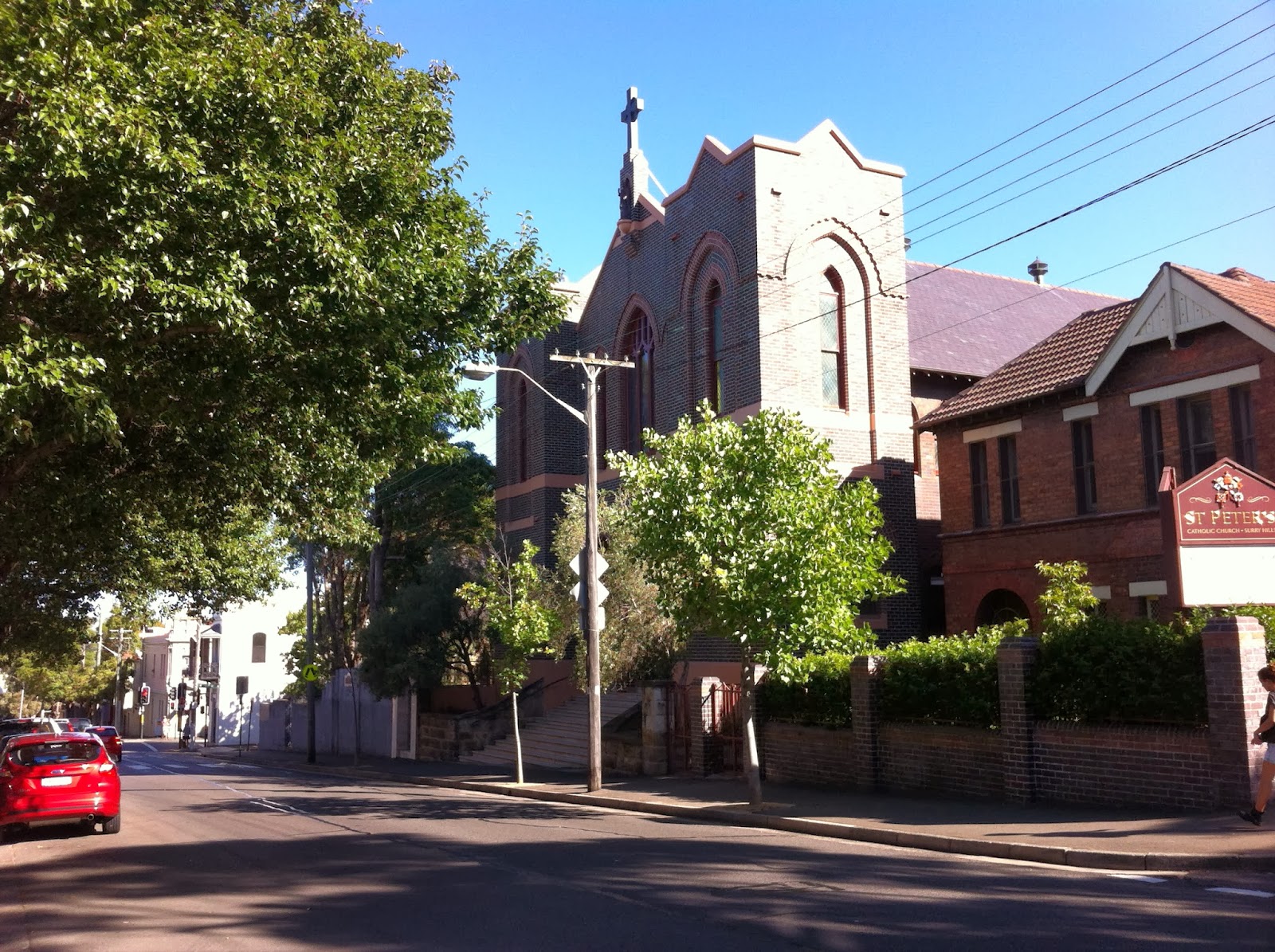 O'Farrell has as much respect for his Church as he has for the intelligence of residents south of the Harbour.