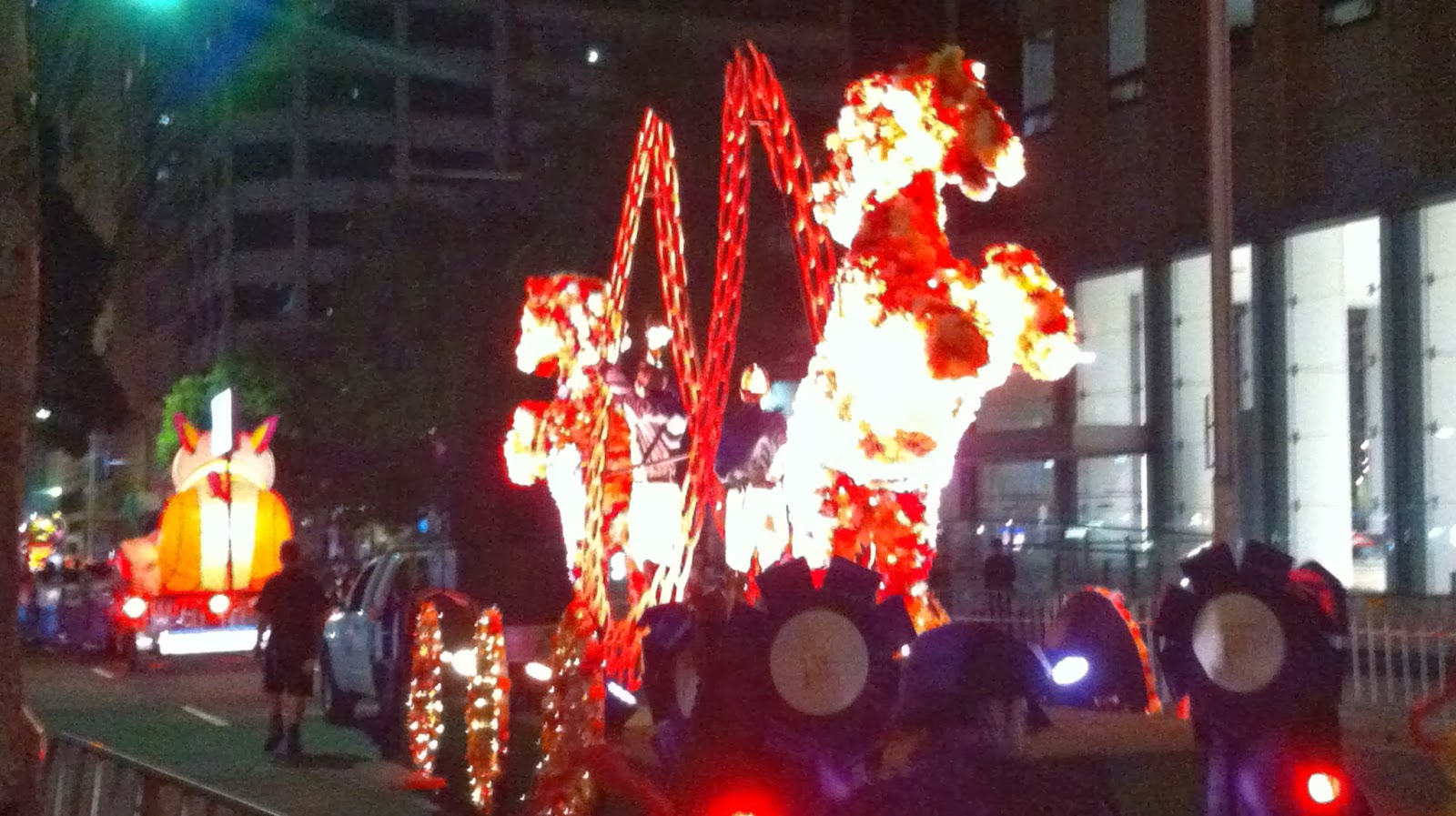 When I first came to Sydney we used to stand on cars foolishly parked in Flinders Street to watch the Gay Mardi Gras parade, which rolled relentlessly over organised opposition. Now Sydney hosts some of the largest night-time parades in the world, and they are big business for the state. The internally illuminated floats carried the sponsors name in the panel behind the cute inflated figures.

As pointed out in a previous post the Chinese New Year Parade provides a chilling demonstration of what will happen every day, for most of the day, if George Street is pedestrianised. I had been caught in traffic banked back to Sydney University after 5pm in a previous year and was delayed for about an hour, so this year took photos. It was 7:30pm and the traffic jam had started to clear. 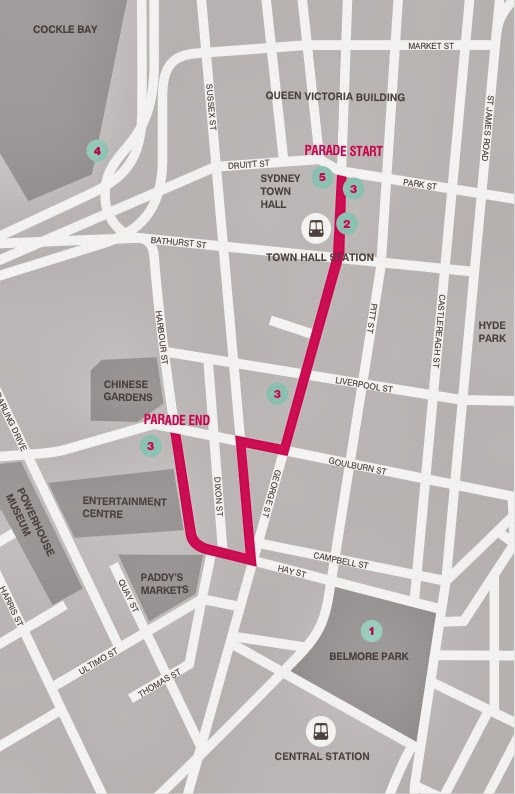 The road closures for the Chinese New Year parade give, in fact, a good prediction of what will happen if George Street is pedestrianised. There were two additional closures that ensure that the congestion every day of the week will be much worse than on Sunday evening.

In the Technical Paper 1 5.5.3.4 Booz & Company waft on: "Traffic accessing the CBD from Parramatta Road/Broadway is likely to divert to Wattle Street ...". All these routes remained open but almost no traffic was turning from Broadway into Wattle Street on Sunday night. As pointed out in a previous blog the preferred routes to Darling Harbour and Barrangaroo will be George to Hay Street and Pitt to Liverpool Street - both these routes were closed.

All routes to the Cross City Tunnel remained unaffected, as did the route along King Street. Buses were rerouted to Elizabeth Street, as they will be when Bra Boys take over George Street, and were caught in the slow crawl to Pitt Street, but on Sunday they did not have to cope with bus stops in the Pitt Street "pinch point" between Christ Church of St Laurence and Central colonnade, or the tram lines.

So Sunday evening was a full dress rehearsal for what bus passengers using Parramatta Road and City Road services will face every day from early morning to 8pm - apart from the extra traffic going to Darling Harbour and Barrangaroo. Buses being forcibly terminated at Rawson Place will be caught in the same maelstrom as buses inflicting collateral damage on Elizabeth Street bus services. This is every day of the week including, of course, Sundays, for the rest of the life of the City.