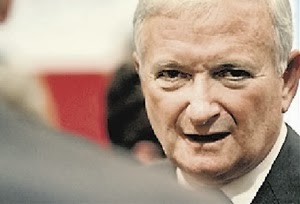 When the Greiner Government extended the M4 Western Motorway from Mays Hill to Prospect in 1989, the consortium that built the road was allowed to place toll booths on the much more heavily used section east of James Ruse Drive, which had been built without tolls. Bob Carr promised to refund tolls paid by commuters from the public purse during the March 1995 election campaign and won the election by a knife edge margin and one seat.

Building the missing section of the motorway was an important piece of infrastucture and was of benefit to Parramatta but there was sufficient local resentment to tip the electoral scales. The section reverted to public ownership in February 2010 as contracted and the toll was removed as promised. Now the Liberals are back, and talking of reimposing the toll to pay for a tunnel extending from the end of the motorway at Strathfield to Port Botany. Foreign companies that package public/private partnerships are demanding a toll on trucks using the M5 tunnel as well.

The tunnel would be of little benefit to the vast majority of drivers that use the M4 and would be mainly of benefit to trucking companies bypassing the Moorebank Intermodal Terminal developed by the previous Federal Government and the NSW State Government. Tony Abbott promised $1.5 billion in June 2012 for the tunnel, so the funding is up in the air.

However O'Farrell is demonstrating that the Stratagem can be applied to Public Transport Projects.

The tramway from Chalmers Street to UNSW/Anzac Parade is possibly the most expensive tramway per kilometre in human history. Student Concession holders from UNSW could not possibly make the Project economically viable for a private consortium. The plan therefore is to terminate unrelated bus services and herd passengers onto the cattle cars. It is the bus services that use Parramatta Road and City Road that mostly face termination.
Bus services currently take less than a minute to go from Broadway to Rawson Place (the red line). The expected arrival times at the stop at Rawson Place are 1 minute ahead of the last stop on Broadway. This is the case at all times of the day.

O'Farrell will be forcing Parramatta and City Road bus passengers to disembark at stops in Pitt Street (the blue line), walk around the YHA building and transfer to cattle cars at a stop at the western end of Rawson Place (the green line), to continue a journey north along George Street. There is no way that this could be passed off as an advantage, so all details have been concealed.

To give an example: A student or staff member at Sydney University using Public Transport, would be expected to catch a bus to Pitt Street, transfer to a cattle car at Rawson place, disembark at Town Hall, catch a Victoria Road bus service to Edgecliff Station (or is that Kings Cross) and finally catch a Watsons Bay bus service to reach destinations in the harbour side Eastern Suburbs. The cattle cars provide the connection between Rawson Place and Town Hall then carry on empty to Circular Quay simply because they can't turn round.

The tolls imposed under the old Nick Greiner Stratagem were "for a while" and were removed as promised, but the changes O'Farrell will be making to the CBD are irreversible.
Posted by Unknown at 02:30