Ve vill tell you where to go 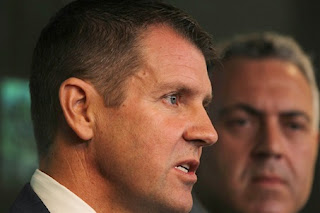 For 40 years following the demise of the Askin government Public Transport in Sydney has been based on demand. The frequency of services increased according to the patronage of the buses at that time of day.

The system was flexible. On a hot day for instance more buses would be scheduled for the North Bondi service. This was done manually. A transport officer would be stationed at a stop and more drivers would be rostered on if the queues of passengers were too great. It would not have been very efficient but it kept people happy.

If the frequency of a service is not sufficient to cope with the demand bus drivers, after exhorting passengers to move to the back of the bus, resort to skipping stops. Commuters are late for work and can loose their jobs.

The advent of smartcard ticketing makes data on the ultimate destination of passengers available virtually in real time. Never before has it been as possible to plan services to take Public Transport passengers efficiently to where they are heading. But Transport for NSW has no intention doing this. Commuters are being sent to destinations they have no desire to go to solely to increase the likelyhood that they will transfer to a privately-operated tram service. TfNSW will not announce service schedules or ticketing until in September just before the new routes come into operation. TfNSW are using the frequency of services to satisfy themselves, in their own minds, that they are fulfilling infantile boasts about "removing buses from the CBD". Boasts made when the plans were indeterminate and very different to what has eventuated.

No estimates of the congestion being generated in the bus routes to and through the CBD can be made until the frequencies, arbitarily based on previous loadings, are revealed. But it can be said with certainty that passenger demand will be very different with the new services.

Needless to say, commuters will avoid buses with "Belmore Park" up in LED lights on the front like the plague. Buses with Martin Place in LED lights on the front will be in such demand they will be skipping stops before they reach Parramatta Road. Current figures for demand on these services are based on the number of passengers along the exclusive lengths of the routes - once they start sharing bus stops it does not matter where the bus route originated. You catch the first bus with Circular Quay on the front.

It will not take long for commuters to work out which bus services to catch, and only then will it be possible to calculate the congestion in Elizabeth Street northbound.

The question remains: Will the poor buggers in Rodd Point and Chiswich be condemned to be dumped in Pitt Street simply because they had no choice but to catch a bus with Belmore Park on the front?

It looks ominous. Since the introduction of the Opal card passengers have not been able to switch from the 378 service to a  380 Circular Quay service without paying for an additional trip despite the services sharing stops for almost the entire length of Oxford Street. Little did Bronte commuters know that their route was secretly being lined up to be diverted from the efficient Lee Street layover to Rozelle. Their elected parliamentary representative Notley-Smith presumably knew - he was a member of the Round Table - but his tongue was embedded too far up the North Shore rump for him to raise a squeak of protest.

Will the residents of Dykehart roll over and meekly accept what is being thrust upon them? Will they accept the loss of an express morning peak service to the "core CBD". Roll on 4 October 2015.

If they are allowed to switch destinations without incurring an additional trip there will be a mass exodus at the first available stop in Haberfield. The longer they delay making the switch the more likely it will be that Martin Place buses are skipping stops.

Whatever is going through the mind of  Baird is largly irrelevent. Voters will have an opportunity to decide what is fair at an election before or shortly after the trams start running.

However these routes have the same route through the CBD. The buses currently use a bus-only right-hand turn in front of the Town Hall to access a terminus at the Domain car park forecourt from William Street. The traffic signals at the George/Park Streets intersection use loops in the road - if there are no buses waiting to turn the phase is omitted. The intersection works impeccably at all times of the day.

These bus routes do not contribute to congestion in the CBD north of Market Street. The routes are collateral damage. The 461 route will be forced to join the cue of vehicles dog legging from Bathurst Street to William Street; the 480/483 routes will be forcibly terminated in Pitt Street.

The same question arises: will the lower-class commuters from along the Hume Highway be able transfer to an upper-class bus at any of the many stops they share along Parramatta Road without incurring an extra trip?

Will this be an issue at the next Federal election?