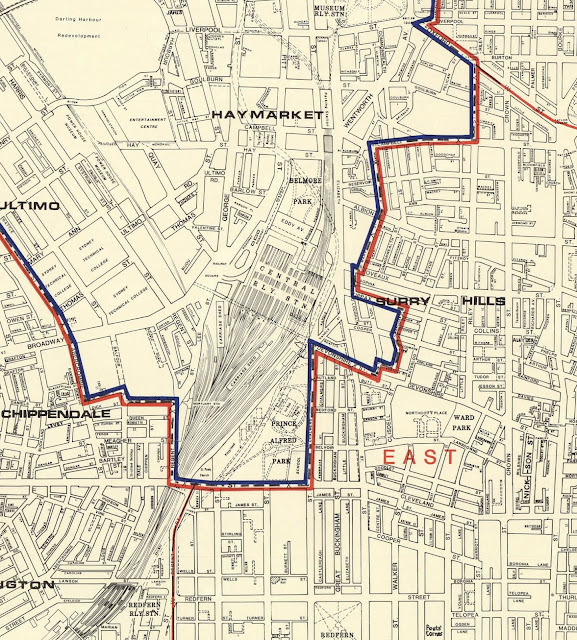 The Environmental Impact Study should have been straightforward but I checked it out and looked on it with stunned disbelief. Concerned citizens were closing Riley Street at Oxford Street and Reservoir Street at Elizabeth Street in a vendetta against "rat-runners". The only entrance to Surry Hills from Liverpool and Oxford Street was a right turn from Flinders Street into Short Street, a short street between Flinders and Bourke Street.

They were shutting down the exclusive bus roadways in Moore Park for non fathomable reasons. One of the cross-sections of the tunnels showed a bus stop at Drivers Triangle. I pointed out that anyone who alighted there would have nowhere to go but to commit suicide by jumping into the mouth of the tunnel.

In the end I had raised, I think, eight objections to the EIS. Fortunately it was an EIS and the objections were professionally assessed. All the objections to road closures an narrowings were upheld, and we were spared videos of motorists intercut subliminally with shots of rats running through a maze.